Moholoholo: learning about the wildlife of Africa

home for many South Africa’s abandoned, injured and poisoned wildlife and a highly regarded contributor to wildlife education. Situated in the shadow of the majestic “Mariepskop” our unique Rehabilitation Centre in Hoedspruit is home to many animals and birds. Some of them are the rescued Lions from an Egyptian Circus; Queen the Crowned Eagle, Chui the Leopard, Jolly & Juba the Cheetah ambassadors and many more. 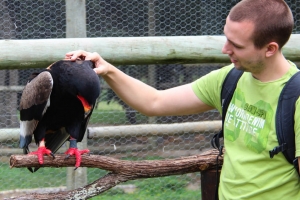 The Centre has a long standing and successful Serval Breeding Project which is an achievement in itself. Having bred and released over 160 servals back into areas where they have previously become extinct. Reports have been  received that some of the females have since then mated with wild males in the surrounding of where they have been released! Another topic for the Moholoholo Wildlife Rehabilitation Centre is that it’s the only facility in South Africa to have successfully bred the endangered Crown Eagle. 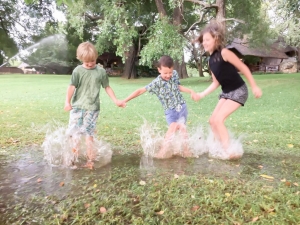 Wherever possible, rehabilitated birds and animals are returned to the wild and those who are not so fortunate due to the nature and the degree of their problems are used for educational purposes to the many visitors from across South Africa and abroad. Interaction between animals and visitors to Moholoholo is permitted but under supervised conditions.

The management and staff of Moholoholo Rehabilitation Centre exist of a group of dedicated conservationists, who are committed to the preservation of our wildlife. Their intimate knowledge of the animals they so lovingly care for and protect is nothing less than impressive. They  invite you for sharing this unique experience with the animals of Africa.

The Wildlife Rehabilitation Centre at Moholoholo contributes to the conservation of endangered species and the rehabilitation of injured and poisoned wildlife. Moholoholo also facilitates a number of successful breeding programmes.

You can see the Lions, Leopards, Servals, Lynxs, Honey Badgers, Eagles, Vultures, Wild Dogs and any baby animals that are at the centre at the time of your visit. A visit to the Centre will stimulate awareness and an understanding of the welfare of wildlife nowadays.

Looking for a villa near Moholoholo?